Today was a really nice and sunny autumn day and I decided to make a littel trip with the local bus to visit Muurame. Muurame is a small town about 15 kilometres south-west from Jyväskylä and it takes about 20 minutes by city-bus to get there. In Muurame one of Aalto's early works can be found the Muurame Church built in the late 1920s. Located not far from the city centre of Muurame the church stands on a hill quite well covered by trees. The church is located at Kirkkotie 7 not far from Highway 9 Jyväskylä-Tampere. 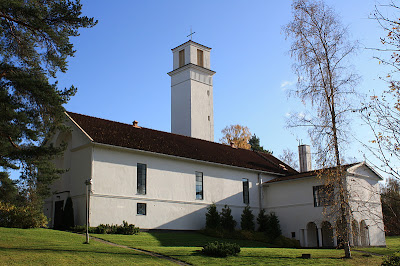 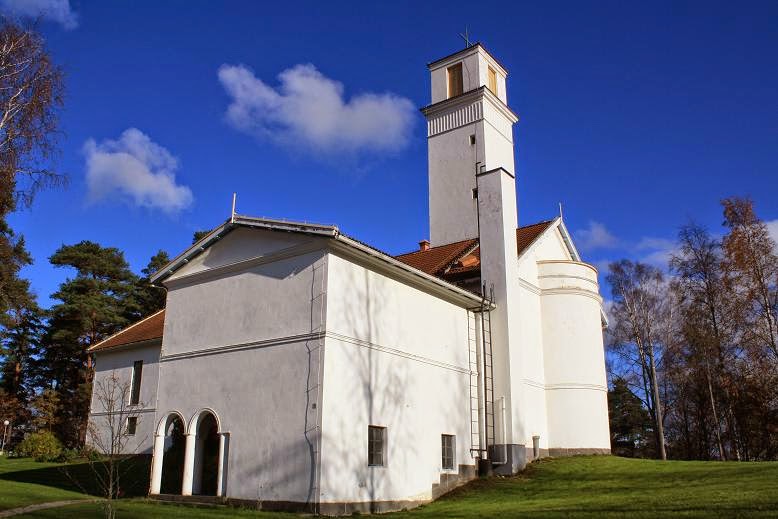 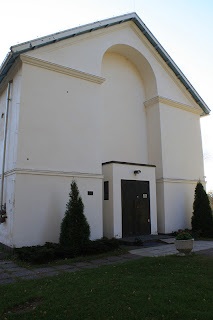 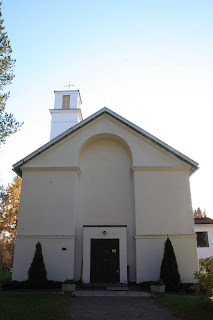 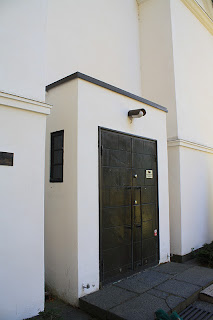 In 1924 Alvar Aalto visited Italy for the first time and he was impressed by the architettura minore of small, simple churches in rural settings. Many of his travell impression were realized in the design of these very church. This can quite easily be seen by the design of the tall tower common in Italy but also by the renaissance architectural elements used at the side-entrance area as shown in the picture below. 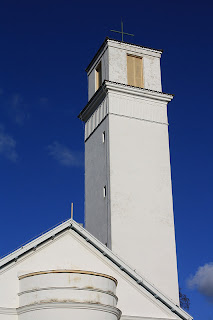 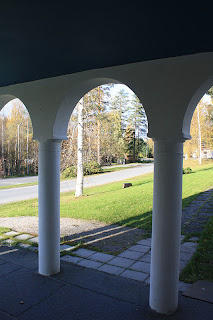 During a second visit in Summer 2012 - this time by bicycle - I had the chance to get also an view of the insight of Muurame Church: 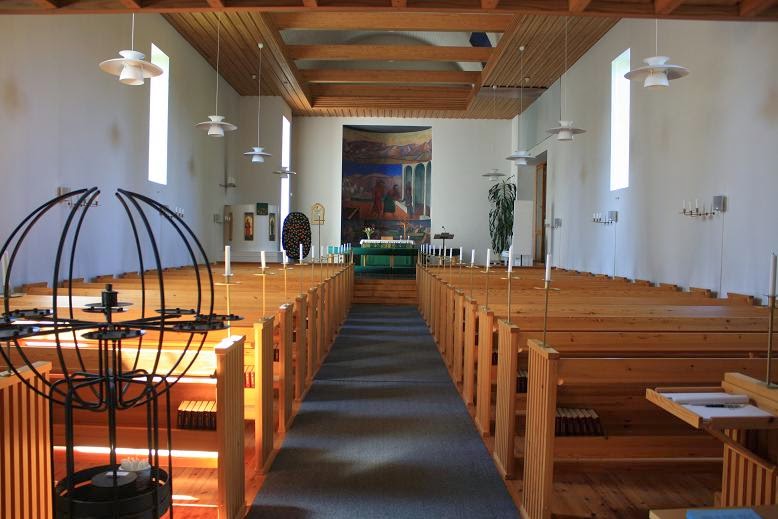 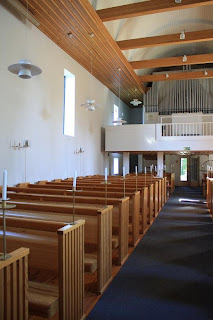 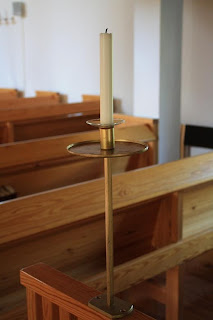 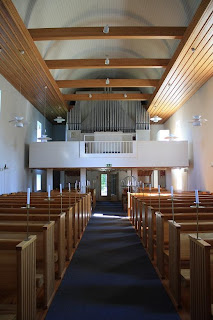 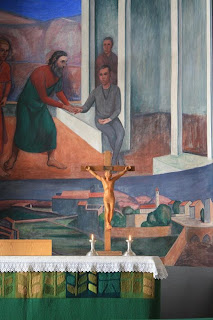 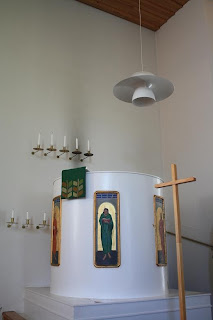